There are widespread reports the US has initiated massive airstrikes over southern Iraq late Thursday night. 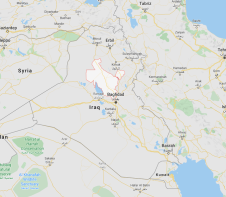 Russia launched air strikes against targets in Syria on Wednesday in the Kremlin’s biggest intervention in the Middle East in decades, telling the U.S. air force to steer clear while its warplanes were in action.

Reuters UK reports that air strikes have begun.  Notice of the attack came from a Russian official in Baghdad who asked the U.S. air force to avoid Syrian airspace during the mission, U.S. State Department spokesman John Kirby said.

Russia and the United States offered conflicting accounts of which targets had been struck, underlining growing tensions between the two former Cold War foes over Moscow’s decision to intervene.