“The European Union disapproves of the fact that the U.S. decision to impose a travel ban was taken unilaterally and without consultation.” – Ursula von der Leyen 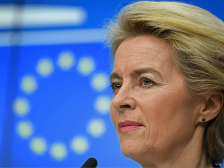 3/12/20 – (Breitbart) The European Commission has said that the European Union “disapproves” of President Donald Trump’s decision to protect his citizens from further foreign exposure to coronavirus by banning entry from most of the bloc’s countries without having consulted with Brussels, first.

President Trump announced the 30-day ban on Wednesday which will go into effect on Friday. The ban is limited to mainland Europe, specifically the countries in the visa-free travel area known as the Schengen Zone, like France, Germany, and Sweden.

The UK and Ireland are not affected, as are non-Schengen countries like Croatia and Romania. Non-EU countries on the continent like Serbia and Ukraine are likewise not affected.

The European Commission, the EU’s powerful executive arm, said on Thursday: “The coronavirus is a global crisis, not limited to any continent and it requires cooperation rather than unilateral action.

“The European Union disapproves of the fact that the U.S. decision to impose a travel ban was taken unilaterally and without consultation.

My thoughts? Well, if the EU is upset with us, we must have done something right!

Our actions are against the NWO and it’s agenda 2020 and their goal to depopulate the world according to their demonically inspired plans. Bravo, Mr. President! We say NO to the globalist agenda. Who are Ursula (name meaning “little she-bear”) and her associates to tell us what to do with our country and our people?

Furthermore, as you read the entire article realize what has really been going on behind the scenes, and this virus epidemic is just one example: Our president has had constant pressure from these Illuminati-puppet leaders to follow the globalist tune and not protect our own citizens. They don’t see us as citizens of the United States of America, they see us as citizens of their world, a world they want to completely control. They are so arrogant that they want us to ask for their approval before we make our own decisions!

See? This is how angry they are that we elected president Trump who put the brakes on this march toward the NWO.

See? This is globalism. They want and are actively seeking complete control of all of us, of the whole world. If we allow them to achieve that, true freedom and individual liberty, such as we’ve enjoyed in the US, will be gone from this world forever.

Christians should know this because this one world government is described in bible prophecy. It will not be some great advancement for humanity; it will be suffering, torment and enslavement.

This is the time to be on your knees in intercession. Ask for divine wisdom in all that you do, every thought, word and decision that you make. We are to walk in peace even when we are on the battlefield. We will not operate in panic and we will not tolerate a Spirit of Fear. We will make our decisions led by the Holy Spirit of the Living God.

And, we will be active in our government, voting, demonstrating, and living out the role that we were born to fill because: we were born for such a time as this!

Lead us, Lord! Wake up all of the American people to take action against this communism/NWO cancer that is trying to eat the soul of this country.

The NWO socialist/communist, radical left was always operating through the democrat party, they were just cloaked as reasonable people with a different view.

Remember when in November of 2019 Obama called upon the dem presidential hopefuls to tone it down, to reel the communism thing in a little? It’s not because they don’t believe those things but because they were uncloaking too early!

The View‘s Joy Behar, as recorded by the Washington Times, said, “If you are going to take people’s guns away, wait until you get elected and then take them away,” Ms. Behar said to laughs and clapping from the studio audience. “Don’t tell them ahead of time.”

Hillary’s mentor, subversive Saul Alinsky who dedicated his book Rules for Radicals to Lucifer, is famous for many quotes. Among them are:

“True revolutionaries do not flaunt their radicalism. They cut their hair, put on suits and infiltrate the system from within.” 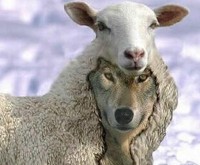 You cannot have our guns. Every degenerate, evil dictator in history takes the guns before attacking the people. It is not if we die but how we die. We all will die. I choose to have my life count for good, liberty, freedom, and all that the Kingdom of God stands for.

Through the election of Donald Trump they have been uncloaked, which revealed traitors on the right as well. The swamp was much worse than most people imagined.

The American people will not yield to the NWO, the EU, George “Dr. Evil” Soros, or any of the other flying monkeys of the Illuminati, global elite who think they made a deal with the devil: the devil has NO friends. He is the father of lies and deception, he honors no deal but his own agenda…and he will be removed from power by God himself. Lucifer’s army of the global elite and their human tools are only marching toward their own destruction.

Since we just celebrated Purim, I will put it this way: just like Haman, you are building the scaffold on which you yourself will hang.

This virus, whether it was released intentionally or accidentally, is being used as an aggressive weapon to disrupt, and even take down if possible, president Trump, the United States, and all of Western civilization. These globalist NWO tyrants are relentless and must be stopped.

This article from February 23, puts forth some of the same points I’ve been trying to make. “While the coronavirus epidemic continues, with people debating on both sides whether it is being overplayed or underplayed, it is worthwhile pausing to consider what agendas – and I mean which NWO agendas – are being rolled out using the epidemic as a cover or pretext.”

Exactly! Timing; keep that in mind.

It’s fine to ponder a question but don’t get lost in details we can’t know. Keep your eye on the ball; the enemy is the NWO. Be prepared, protect your health, and never take your eye off the ball: we’re in the World Series.