800 troops have already been deployed from Fort Knox and Fort Campbell. Additional troops would be deployed. 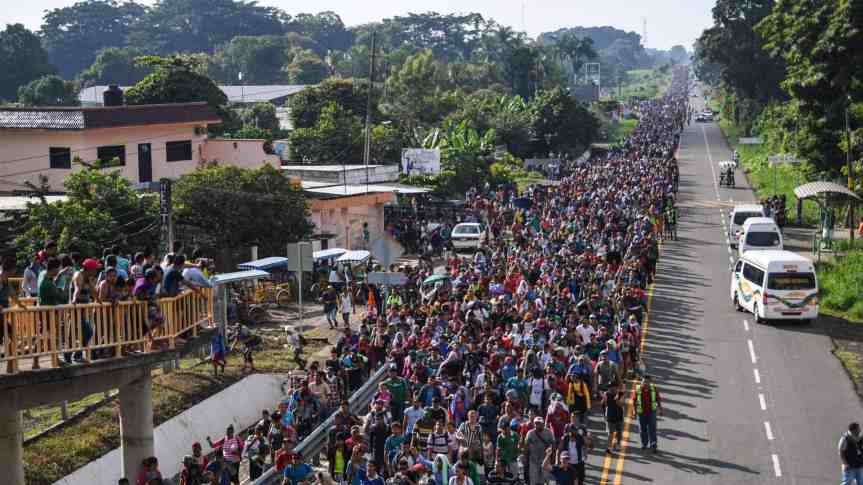 10/30/18 – (SaraACarter.com) It’s official. There is a coordinated effort to support this invasion of US borders. Award-winning journalist Sara A. Carter has important articles up this morning detailing the current status.

On Monday, at President Trump’s direction, officials from the Pentagon and Homeland Security announced they would send 5,200 active duty soldiers to the U.S.-Mexico border called Operation Secure Line as the administration prepares to contain the caravan of thousands of migrants from Central America as they make their way through Mexico.

According to U.S. Northern Command and North American Aerospace Defense Command Gen. Terrence John O’Shaughnessy, 800 troops have already been deployed from Fort Knox and Fort Campbell. Additional troops would be deployed as soon as the caravan makes their way closer to the U.S.-Mexico border.

Approximately 1,500 migrants have chosen to apply for asylum in Mexico while upwards of 6,000 migrants continue to make their way towards the border. Currently, 2,100 national guard troops are stationed at the border with additional personnel available when the migrants get closer….

According to Pentagon officials, approximately 1,800 troops will be sent to Texas, 1,200 to Arizona and 1,500 to California.