Two sources say Ford has worked as a CIA contractor and was in a mind control program, says Dr. Dave Janda.

9/21/18 – In the jaw-dropping interview above, Greg Hunter and Dr. Dave Janda lay out what inside sources have revealed about the Kavanaugh hearings, Christine Blasey Ford, the coup, and Loretta Lynch.

Is Dr. Ford a licensed psychologist?? Now that is also in doubt.

InfoWars reports: According to records, Ford is not licensed in the state of California. A recent search through the Department of Consumer Affairs License Bureau, which provides a state-run database of all licensed psychologists in California, produced no results for any variation of spelling on Ford’s name. If Ford at one time had a license but it is now inactive, she would legally still be allowed to call herself a “psychologist” but forbidden from practicing psychology on patients until it was renewed. However, the database would have shown any past licenses granted to Ford, even if they were inactive.

Wink-wink! Well, don’t they just cover everything from soup to nuts, everything needed for deep state security services including a “commercial cleaning” business?? I wonder if they assisted the Clinton cabal with their “messy” clean up requirements??

During her testimony, at times she seemed dazed and just a bit odd, which could be connected to mind control or drugs since it is reported in the video above that she worked as a CIA contractor and was part of a mind control program as revealed by Dr. Janda and Greg Hunter among others. There are also possible connections to her father, Stanford where Christine attended and works, and Stanford University Psychiatric Professor Dr. Frederick T. Melges who helped craft the notorious MK Ultra program.

A 2012 Salon article stated: “Dr. Frederick Melges, a psychiatrist associated with the Stanford Research Institute. One of Dr. Melges’ main areas of research: drug-aided hypnosis. The New York Times exposed the Stanford Research Institute as a center for CIA research into “brain-washing” and “mind-control” experiments in which unwitting subjects were dosed with hallucinogenic drugs and subjected to hypnosis.”

It’s also interesting that, according to documents, this may not be the first interaction between the Blaseys and the Kavanaughs.

Here’s a strange connection. If correct, the docket records reveal that Judge Brett Kavanaugh’s mother, Martha, was the judge that ruled on a case with Christine Blasey Ford’s brother, Ralph, on a 1997 issue through a North Carolina company. She ruled in favor of Plaintiff, Ralph Blasey. Here is a picture of the docket record. You can find Blasey’s name under Docket 11. 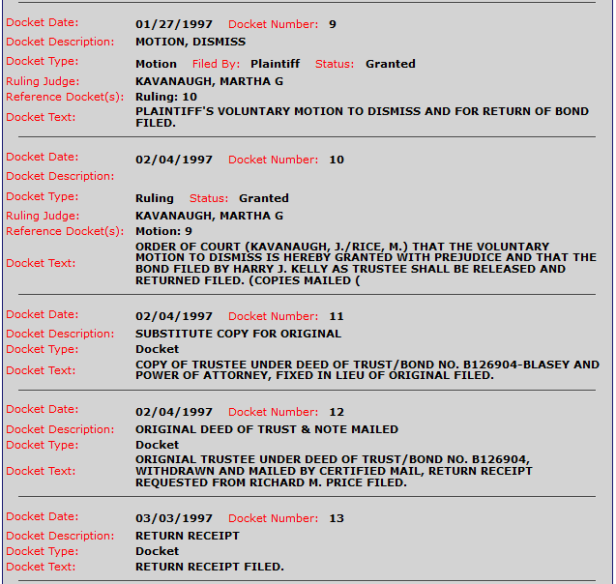 Argh, this is getting more disturbing by the minute.

And, please support our sponsor.