10/17/16 – (RT) The batch [of emails released] also comes amid revelations of Clinton’s cozy relationship with the mainstream media, and how they work closely to control the media landscape and set up stories that show her in a favorable light.

Earlier this month, it emerged that Hillary Clinton reportedly wanted to “drone” WikiLeaks founder Julian Assange when she was the US secretary of state.

According to True Pundit, Clinton and the State Department were under pressure to silence the whistleblower in the months before WikiLeaks dumped some 250,000 diplomatic cables from 1966 to 2010, dubbed CableGate. 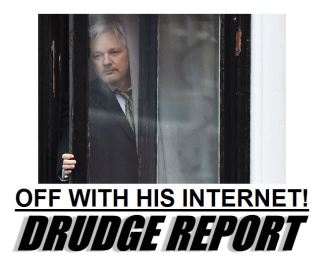