Yet MsM continues to push allegations against Trump 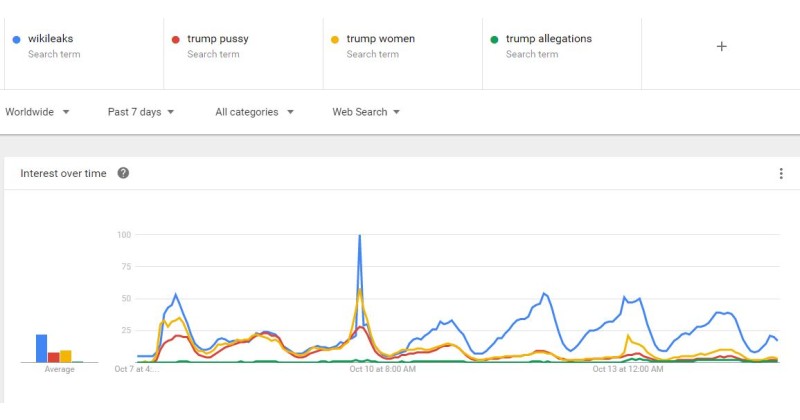 10/14/16 – (InfoWars/Paul Joseph Watson) A Google Trends graph shows that Internet users are vastly more interested in Wikileaks releases than allegations about Donald Trump that have been given blanket coverage by the mainstream media.

The graph illustrates how even on the day the infamous ‘Trump tape’ was released, Google searches for Wikileaks were still significantly higher.

Wikileaks has been releasing emails from the John Podesta hack on a daily basis and on every single day, Google searches for Wikileaks have been higher than those pertaining to new allegations made against Trump.

The whistleblower organization commented on the trend, tweeting, “US mainstream media are completely out of sync with audience demand.”

The graph underscores the fact that the media is following an agenda to smear Trump, even to the detriment of their own audience.

One thought on “Google Trends: Internet users interested in WikiLeaks not accusations against Trump”