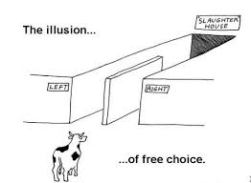 8/10/16 – A warm hello to all of my followers and an apology for being away for a few weeks.  I had ministry responsibilities that kept me otherwise engaged for a time, but I’m back to carefully watch current issues especially as 2016 begins to ride into the sunset.  Say a prayer, then let’s take a look at what’s going on.

To those of you who still scoff at the mind control techniques being used through media and entertainment I really don’t know what to say at this point.  The veil has been ripped back by those of us who have been watching, and the response by the minions of darkness has been nothing but a growl as they go about their business in full view and increase the in-your-face boldness of their strategies.  It is so painfully obvious that I must suggest anyone who still refuses to see it is likely lost in cognitive dissonance.

The UK rose to the daunting challenge and said NO MORE to the EU.  In some of my last posts before my absence, I encouraged those in the UK to speak up before it was too late and they did so.  However, in the weeks after the vote, the establishment has made all manner of excuses and delays as they dart around trying to figure out how to handle the public they thought they held tightly in the palms of their hands.  That was very revealing as to how those in control plot and scheme behind the scenes moving us all toward an agenda, an agenda that can be clearly seen if one will only connect the dots and pay closer attention.  We are praying for all those in the UK and those throughout Europe suffering due to the awful conditions brought on by this forced mass importation of Muslim migrants.

No matter what your opinion of Donald Trump, the response to him by the American political machine should have been more than enough to make crystal clear the desperate situation in which the US now finds itself.  We are in the final seconds of the championship game and Donald Trump is throwing up a half-court shot.  As I’ve written before here on this blog, it is difficult to see how we can avoid war at this point (I am not referring to the wars in the middle east that the US has been engaged in for years now, but to a much larger conflict).  The globalists are pushing their strategy of crisis-reaction-solution, both here and abroad; history is sickeningly clear on that point.  But the other contributors are related to the election.

Though he has consistently won state after state, many super delegates refused to go against the cabal and voted instead against the will of the state they are supposed to represent, exposing a law that was secretly put on the books just for this kind of situation that is so unacceptable to the global elites.

As if that wasn’t transparent enough, Hillary was losing everywhere, had dismal numbers, should be in prison for her “private server” and refusal to turn over emails (though, according to FBI Director James Comey at the press conference on the matter, if YOU even think of doing such a thing they will bust your keister faster than you can spell it), fixed the nomination against Sanders, paid people to show up at events, created fake FaceBook followers, major media outlets shut down or lost audio on any interview that touched on her corruption and the Ben Gahzi nightmare, and in the past couple of months we’ve had at least 5 people somehow connected to the Clinton’s who have turned up dead under mysterious circumstances (including UN official John Ashe who was scheduled to testify the next day on corruption and scandal related to the Clinton Foundation), adding to the Arkancide list of casualties that is so long it should make anyone shiver. All this while she displays very bizarre and disconcerting behavior that seems to be a clear indication of major health issues, specifically, neurological and/or brain.

What I’m not hearing anyone discuss is whether or not, via multiple scenarios, this obvious health condition of Hillary’s will or could be used as a tactic to prevent a transfer of power to anyone and keep Obama in office.

That too, could cause war.

Just yesterday Hillary was able to only half fill a high school gym in Des Moines, IA, yet her thoroughly bought media machine continued to strategically place the approximately 1000 attendees in a building that seats 2500, behind her and at the front of the stage, deliberately creating the appearance with carefully framed camera shots of a well-attended engagement.  And a significant portion of those attendees were students of the school who were told by school staff they needed to attend the rally, which means it’s entirely possible that, minus the recruited students and the gaggle of press, she only had about 500 attendees.  During her event yesterday she had only about 300 live stream viewers while Donald Trump had over 16,000, according to TruNews.  This was not an anomaly but has been typical for her.  Yet, the corporate media continues to tell the public that Hillary is ahead in the polls.

This has been non-stop, in-your-face corruption and collusion!  Obama said up front, you cannot have Donald Trump.  The political vultures are in such a furor over selling their own souls to the devil then seeing this non-Skull-and-Bones, anti-NWO, upstart, outsider show up threatening to blow the entire Sodom and Gomorrah oligarchy to pieces, that even the Republicrats are saying they will vote for Hillary!  Never in US history have we seen such blatant government control and manipulation of a presidential campaign, and state level propaganda.  The government fakers have been exposed revealing light-hating minions wearing human, and in many cases, Christian masks.  If they had been the straight shooters they long proclaimed themselves to be, the system’s black mail machine would not have such power over them as they now are faced with likely national implosion.

“Well, Senator So-and-So, I would think twice about supporting Donald Trump if I were you.  Surely you can see that he clearly does not fit with our agenda.  We wouldn’t want to loose everything we’ve worked for just when it’s within our grasp.  You see, we have that Bohemian Grove, 360 degree view, video of you participating in, well, shall we say, activity that your constituents…and your family…would find very distasteful.”  Or…

“Well, Senator So-and-So, we were finally able to arrange that job for your son and we wouldn’t want to jeopardize that relationship, now, would we?”

The whole truck load of them has been bought and they are therefore controlled.

Watergate seems like an average news headline when placed alongside this hairball of a presidential campaign.

Nothing about the past eight years has been the “will of the people”.  It has been a forcefully pushed agenda that has moved so quickly that one is astonished at the ground we have lost on every front.

Does anyone still believe that President Obama was ever on the fence about homosexuality and transgenderism?  It was clearly a set up.  And, guess what?  WE GOT PLAYED!  Now it’s not safe for a woman to go to the bathroom by herself.  I was followed into a public bathroom in a grocery store just a few weeks ago by a large man in military style boots and he definitely was NOT going to the the bathroom in the adjoining stall.

These have all been huge indicators to the public of just how deeply the diseased political system has sunk into the abyss pulling the country along with it.  How can anyone possibly think if we give them even more power that things will actually improve?  The death spiral has already begun.  And the rest of the world also suffers the consequences of the Cosmic Chess Match as nations and militaries are jostled back and forth engaging in threatening exercises and missile tests.

How many thousands have died over the poppy fields of Afghanistan?

How many thousands have died related to ISIS/ISIL/Taliban battles while our military was forced to drop leaflets from their airplanes to alert the ISIS forces that they would have to drop some bombs soon giving them notice to get out of harms way?

I fear that number could pale in comparison to the thousands who could die with the new alliance forming with Turkey, Russia and China.

It feels like war is coming, big war; I pray against that almost daily.

The invisible elite puppet masters are sweating and salivating at being so close to their goal of a one world government and total control, their Elysium.  They are finally so close they can taste it.  They appear to be unwilling to lose any ground with their truly evil plans so it seems they must start the global conflict they’ve been anticipating for decades.

There’s a video out that discusses the Georgia Guidestones, the inserted cube which was then removed, and the numbers and symbols that were written on it.  It mentions 8/14/16.  Other theories about this cube have come and gone.  But this one was interesting because 8/14/16 happens to be the 9th of Av on the Jewish calendar, which is a day of mourning due to a very disturbing history that includes the destruction of both the first and second temples.  There is such frantic evil darting about that I doubt they’d miss the chance to cause more mayhem on this notorious date.  This is just one item that makes me a bit nervous.

I’ve had an uneasy feeling about the month of September 2016 for quite awhile, though I don’t have a specific reason as to why.  In my research, especially related to occult activity, the month of September has come up over and over again.  I feel an increasing need to be watchful as the US State Media becomes ever more transparent with it’s censorship and propaganda pushing, and as the attacks against Christians, Jews and the booming alternative media outlets increase in both frequency and intensity.

On the occult calendar, September 7th is the Marriage to the Beast ceremony, then they have the climax of the year with the October holy days around Holloween, all involving human sacrifice, blood letting and torture.

Then, on November 8th we have the US Presidential Elections, L_rd willing and the creek don’t rise.

We are sailing in a very frail vessel on a very stormy sea into a red dawn.  Something’s coming.  I sure hope I’m wrong.

Order out of chaos.  That’s the NWO goal.  But don’t be fooled for a second: the order they’re talking about is not what most people would assume it to be.  It will not be in our best interest, but in theirs.

Please pray for our governments, for the Christians being persecuted across the globe, for those suffering and starving in Venezuela, and for the Christian “church” that is emaciated and addicted to food, drugs and entertainment on the Sunday platform, a church that threw the doors open to the smooth-tongued beings of darkness who dripped the sweet anti-freeze of heresy into the mouths of the pastors.  Pray for all those lost in the occult to find the true light and power only found in Yeshua Jesus.  Pray for G_d to use you and to make you into the vessel He’s designed you to be.  You were born for such a time as this!