France launched “massive” air strikes on the Islamic State group’s de-facto capital in Syria Sunday night, destroying a jihadi training camp and a munitions dump in the city of Raqqa, where Iraqi intelligence officials say the attacks on Paris were planned.

Twelve aircraft including 10 fighter jets dropped a total of 20 bombs in the biggest air strikes since France extended its bombing campaign against the extremist group to Syria in September, a Defense Ministry statement said. The jets launched from sites in Jordan and the Persian Gulf, in coordination with U.S. forces

Meanwhile, as police announced seven arrests and hunted for more members of the sleeper cell that carried out the Paris attacks that killed 129 people, French officials revealed to The Associated Press that several key suspects had been stopped and released by police after the attack. 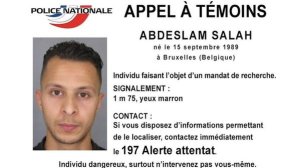 The arrest warrant for Salah Abdeslam, a 26-year-old born in Brussels, calls him very dangerous and warns people not to intervene if they see him.

Yet police already had him in their grasp early Saturday, when they stopped a car carrying three men near the Belgian border. By then, hours had passed since authorities identified Abdeslam as the renter of a Volkswagen Polo that carried hostage takers to the Paris theater where so many died.

Fears of wider war are a concern for many.

While this horror plays out, 10,000 Syrian refugees arrived in Louisiana today; especially disconcerting since Paris terrorists were from Syria.  Louisiana Governor Bobby Jindal is demanding answers about the lack of screening of these refugees.  Screening is just common sense; why does the U.S. government refuse to do this?  There are not many logical answers to this question and that is disturbing.